The Tony Robbins NLP style has introduced more people to Neurolinguistic Programming than any other NLP teacher I can think of.

While many practitioners frequently dismiss him as being no more than a showman, a businessman or a “disco” NLPer, we can still learn much from him. I for one have participated in almost all of his trainings, for reasons I’ll explain in greater details in this article.

Anthony Robbins achieved what he achieved because he understood and practices constantly the core discipline of Neurolinguistic Programming: modeling.

In an interview, John Grinder retells of the days when Anthony Robbins was his student. He recounts that once the seminar ended, Tony approached him and said he understood that modeling lied at the heart of the field and that he was committed to modeling. He then asked Grinder what project he could undertake to prove his commitment. John Grinder suggested firewalking. “The rest,” as Grinder puts it, “is history.”

Anthony Robbins is primarily a modeler and you must adopt this identity.

In his seminars, Anthony Robbins amply demonstrates his change techniques.

The advanced student can pinpoint NLP therapeutic patterns in his interventions, but also other patterns that he created or incorporated from other fields into his work. The most important trait he demonstrates during his intervention is his absolute commitment to getting the result that he’s after, notably to move another human being into a place of greater access to inner resources.

He’s a master at doing this.

3. Involve physiology at all times.

Few if any other trainers focus on physiology as fiercely and intensely as Anthony Robbins does.

The only one I’ve come across who focuses as intently on physiology was his teacher: John Grinder. To him, physiology defines the limits of a person’s access to his or her resources. That’s why he pushes and stretches all participants in his seminars to get to their physical edge.

Tony Robbins understands that, on account of the mind-body connection, you can only go as far as your physiology permits.

4. Learn from and pay attention to John Grinder.

This lesson is perhaps the strangest or most uncommon of all. But you must attend to it. Of all the early students of Neurolinguistic Programming, Anthony Robbins is far and away the most successful. This is not to say that he is the best teacher or that he has reached a greater refinement in exercising his skills. But he has leveraged his mastery to accomplish more than any other student in the world. And his master was John Grinder. 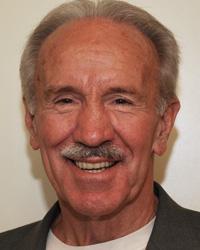 Richard Bandler enjoys the greater popularity of the two co-founders. The term “Richard Bandler” receives more than 10,000 searches a month, while “John Grinder” receives less than 2,000. His creativity and mastery of language keeps seminar participants spellbound during days. I acknowledge Bandler as the creative force behind NLP. Yet, Bandler lacks the health, discipline and vitality that I’d expect from someone who has mastered NLP.

That’s where John Grinder shows up. Well in his sixties, he actively involves himself in challenging physical activities such as climbing and scuba diving, constantly pushing his edge. And while I’ve never heard or seen him display the verbal prowesses that Bandler displays, he is a much more inspiring model overall to aspire to. I recognize him to be the organizing, disciplined and directive force behind NLP. And this distinction is absolutely fundamental. Anthony Robbins has benefitted from this.

What Anthony Robbins Can Teach You

If you’re new to NLP, don’t be too quick to judge Anthony Robbins. Many people in the field trash him day in day out. The most important thing to keep in mind is to learn from Anthony Robbins by watching him, as opposed to listening to what he teaches. Observe how he works. Observe his movements. Observe his posture. Feel his intensity. Hear his tonality. In other words, model him. Just as Grinder and Bandler paid little attention to what Milton Erickson had to say about hypnosis and a lot of attention to what he did to produce results.

Anthony Robbins is a genius at producing change within people (and also marketing himself and his products) and for that reason, you’ll find it worth your time to model him.

The neat thing about his work is that it has a specific structure — and you can learn to emulate it.