Pattern Interrupt: Redirect Your Thoughts In An Instant

A pattern interrupt involves breaking an individual’s routine, habitual thought or behavioral pattern so as to shake it up.

Sometimes, an existing pattern of behavior will have a particularly “deep groove” and will be solidly conditioned in someone’s system. This can create surprising resistance and interference to the change process.

Instead of tackling this resistance head on, you can use a pattern interrupt to “swipe the legs” of the resistance.

Here’s a simple way to understand a pattern interrupt.

You’re driving to work in the morning. If you’re like me, you always take the same route from home to your office. We’re like monkeys: totally conditioned to repeat tasks in the same way, every time.

The cool thing about this is how economical it is. You don’t really have to think. You put yourself on auto-pilot, head off to Bermuda in your mind, and your unconscious mind takes care of everything for you.

And so you’re cruising along on the way, daydreaming of sun and waves, and snapping your fingers to call the waiter who instantly brings you a… 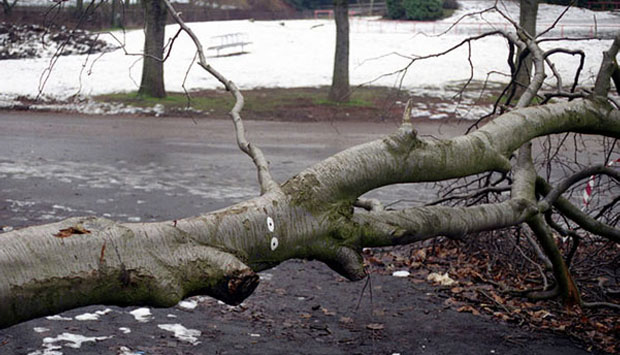 Right in front of you, a giant tree collapses onto the road, completely obstructing your path. You feel yourself slamming on the brakes and the car comes to a screeching halt as the tires try to grasp to the road.

And for a few minutes, you have absolutely no clue as to what happened or what you’re doing.

Now, your unconscious doesn’t know how to respond. It’s awaiting instructions either from your conscious mind or from someone who’s conscious.

A classic example of a pattern interrupt

One of the physicians present (at a lecture on hypnosis) was most interested in learning hypnosis, listened attentively during the lecture, but in the social hour preceding the lecture, he had repeatedly manifested hostile aggressive behavior toward most of his colleagues. When introduced to the author, he shook hands with a bone-crushing grip, almost jerked the author off his balance (the man was at least 6 inches taller than the author and about 66 lbs heavier) and aggressively declared without any preamble that he would like to “see any damn fool try to hypnotize me.” 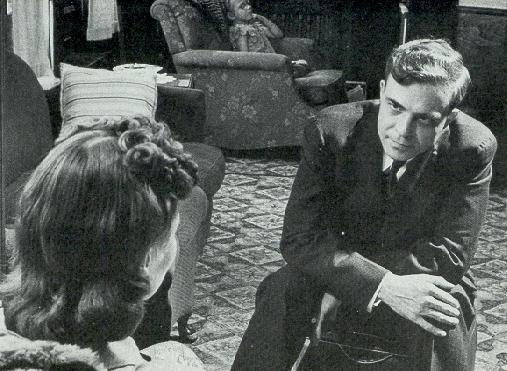 When volunteers for a demonstration were requested, he came striding up and in a booming voice announced “Well, I’m going to show everybody that you can’t hypnotize me.” As the man stepped up on the platform, the author slowly arose from his chair as if to greet him with a handshake. As the volunteer stretched forth his hand prepared to give the author another bone-crushing handshake, the author bent over and tied his own shoe strings slowly, elaborately and left the man standing helplessly with his arm outstretched. Bewildered, confused, completely taken aback at the author’s nonpertinent behavior, at a total loss for something to do, the man was completely vulnerable to the first comprehensible communication fitting to the situation that was offered him. As the second shoe string was being tied the author said “Just take a deep breath, sit down in that chair, close your eyes, and go deeply into a trance.” After a brief casual startled reaction, my subject said “Well I’ll be damned! But how? Now do it again so I can know how you are doing it.”

He was offered a choice of several traditional techniques. He chose the hand- levitation method as seeming the more interesting, and this technique was employed slowly, both for his benefit and that of the audience, with another somnambulistic trance resulting.

Pattern interrupts are really useful in that they shake up a person’s typical thoughts and actions and opens the possibility for something new to take place.

Doing this is an important part of the change process. Obviously, it’s much easier to influence and redirect an unstable pattern than a rigid one.

When a pattern is interrupted completely, the person is left without a next step in their thought process or behavior, and naturally opens up to whatever next step is offered to him or her by the situation.

In other words, the person whose pattern is interrupted becomes highly influenceable.

The power of the pattern interrupt

Our unconscious excels at running patterns or programs automatically. This frees our consciousresources to ponder other matters while we perform certain activities unconsciously.

This sometimes can present a problem when trying to change your own or someone else’s habitual patterns of thought, emotion or behavior. You want to change but your unconscious keeps doing the same thing over and over and over.

What the heck do you do?

Here’s the key principle that allows you to make changes in your behavior:

And herein lies the power of the pattern interrupt. And this is your opportunity to leverage the Pattern Interrupt NLP Technique.

To force the unconscious mind into “decision-awaiting mode,” you have to send it into a tailspin.

You have to break the habitual flow of how things happen, and force it to get into “what now?” mode.

It’s at the time of the pattern interrupt that you can insert changes into the unconscious’s programming.

When the unconscious is saying to you “OK, what do you want me to do now?

At that point, there’s space for you to insert new instructions.

How to break someone's pattern

What can we learn from Derren’s performance?

Derren establishes physical contact right away with his “victim.” Notice how he elegantly and quickly touches the man on his counter-side, unconsciously inviting the man to turn towards him and sets him up to be led. Based on the man’s accent, he’s clearly in Britain or Australia, cultures not typically all that physical, which makes it twice as powerful.

Watch how Derren rapidly starts distracting his victim by asking a question that takes the man off-guard and pointing in a different direction. Notice in the following seconds how many different times he points away and unconsciously forces the man to respond to his request.

NB: It’s also critical to take note of the bottle he’s holding. That little prop will serve him well in a bit.

Derren then breaks away from the man, thereby changing pace and forcing the man to adapt to this new situation. Note how Derren constantly keeps him off-guard, making it impossible for the man to proactively navigate the situation. He constantly has to react to Derren.

Now the man gets dizzy. Derren points in the opposite direction he’s been pointing and says: “the tower is over there, isn’t it?” This forces the man to respond and is framed as a tag question, which invites the man to agree with Derren and comply to him.

“You don’t mind me asking, do you?” Once again, a tag question. And paving the way for the request that is to come… “Yeah, you’re happy to help me figure that…” Once again, suggesting that the man is happy to comply with his requests. Note how Derren extends his hand, inviting the man to shake it. Also take note of the back and forth motion he does with his hand, unconsciously suggesting a bond between him and the man.

Derren extends his hand once again, this time looking down at it to emphasize the handshake. When the man takes his hand to shake it, Derren lets go of it and picks it up with his left hand, totally interrupting the man’s pattern and sending him off deeper into trance. Derren then requests that he hold his water bottle, which he immediately complies with.

Derren starts bringing the man back to the present by pointing back in the direction he originally asked the man about. He takes advantage of that to pick up the man’s wallet. He closes the loop by shaking the man’s hand.

This video really shows a master at work. Watch it as many times as you can as you’ll absorb organically a great number of lessons from it. Heck, try it yourself on the street! You’ll be suprised what happens…

Two drills for you to explore

Drill 1 – Interrupt your own pattern