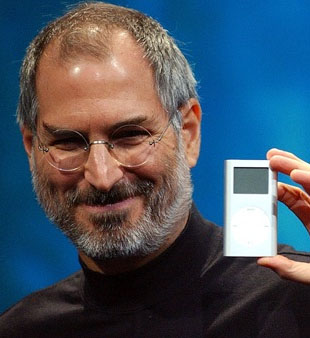 I don’t know about you, but I was (and still am) a huge Steve Jobs fan.

Can’t get enough of him.

I don’t know if you’ve ever watched a Steve Jobs-led Apple keynote. It’s a sight to behold. I figure that’s why people tuned in from all over the planet and some paid handsomely to participate live.

One of the critical elements to his style of selling has been labeled the Steve Jobs “reality distortion field.”

Apparently, he has this uncanny way to bend (many) people’s perception of reality to his will.

Of course, as solid NLP Prac’s, we can’t settle for such generic labeling. Stuff like a “reality distortion field” just seem plain ripe for modeling.

(remember how they had similar labels and mystery-shrouded descriptions for Milton Erickson’s miraculous work?)

When you watch his keynotes (and I’ve watched ALL of them several times), it becomes obvious that:

Jobs hypnotizes everybody during his presentation, makes them feel great and anchors those feelings to his products.

Does he ever ask anyone to close their eyes? Nope.

Does he ask anyone to relax? Nope.

So how does he pull it off?

People who love him delight in his way of communicating. His rivals envy him.

It all starts with putting people into trance.