F*ck! How The Hell Did I Get Myself Into This?

My hands started sweating and my heart was pounding in my chest as the red and blue lights showed up in my rearview mirror.

It was close to 2 in the morning. I was breezing through a countryside road in Wisconsin.

Breezing. ​Well, that's a mild way to put it... It'd be closer to racing. I was doing 75 mph on those backside roads.

The organic farm where I was staying was about 30-40 minutes away from the training center I was attending. Needless to say, I was really eager to get to sleep. 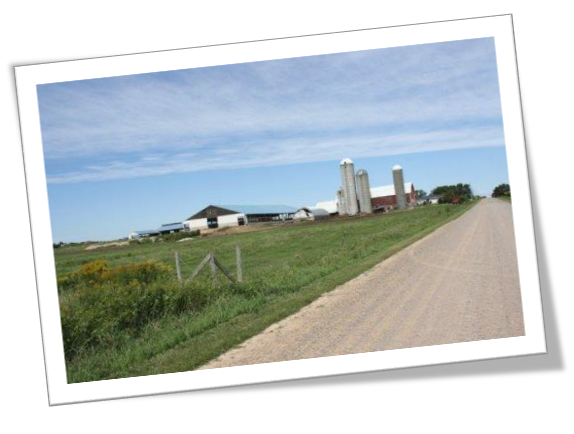 In the middle of the night, in one of the most beautiful countrysides I've ever been in. But instead of enjoying myself...

...I'm nervous as heck, pulling over to the side of the road to get badgered (rightfully so, I must say) by a police officer.

The earlier summer night is precious...

But right now, I can't pay attention to the night. I'm about to get slapped with a monster fine and an inordinate number of points to my license.​

Become resourceful when the majority would just stew in their nerve juice.

Even though I was at fault and had to face an official with authority, something I'd never been comfortable with—it was time to face the music.

I Still Remember The Day It All Began, As Clear As If It Just Happened Yesterday. Some Things You Just Never Forget…

I walked into the Jamba Juice in Georgetown, Washington DC, knowing what was about to come, and feeling completely distraught by it.

My girlfriend at the ​time was already there. In fact, she'd been waiting for me. I went over, kissed her and sat down. She was visibly uneasy and uncomfortable, fidgeting with her hands and hair, looking down, avoiding eye contact.

That day, in mid-summer of 2000​, was another one of these crappy life experiences for her.

Part of the risks for young men and women who decide to get into relationships. Especially when they think they've found that cool person with whom they could spend the rest of their life.

I was uneasy as heck too. I had no problem making eye contact at all. I was looking for a glimmer of hope, a tiny flicker that would tell me I still had a chance.​

She didn't mince words when she started speaking...

"This isn't going to work for me anymore..."

There they were. Those dreaded words.

"You have to calm down! You're driving me nuts! You're a great guy, but you have to get your emotions under control!"​

The fu​nny thing is that I couldn't hear anything consciously at that point. I'd been stuck on "This isn't going to work for me anymore..." I'm able to remember everything else unconsciously, I guess.

But on that day, all I could register was that my world was about to end...

"But do I still have a chance," I asked sheepishly.

"Maybe," she said, "but right now you have to get yourself together!"

I knew at that point that I didn't stand a damn chance in the world. This was to be the last time I saw her.

Thing is, I thought we were meant for each other.

(I later learned that there's a sometimes a pretty big gap between "what I think" and "what is so." No one had taught me that cute "map isn't the territory" bit yet...)​

That carried huge emotional weight for me at the time.​ Dreams, plans, everything revolving around this one relationship.

All down the drain.​

​She got up and left.

I just sat there​, feeling like a complete piece of crap. Down in the dumps. Worthless. Bottom of the pit.

The next couple of days were unbearable...​

Thank God I was on vacation. I could spend my precious off time feeling like shit.

Everyday, ​I woke up in the morning at seven o'clock, hating life, headed over to the Giant supermarket close to my apartment and bought a huge bag of peanuts with shells on.

Then, I took the metro down to the National Mall. Found myself a spot on the grass, spread open a blanket and sat down. Then, the squirrels came.

I spent the entire day feeding squirrels and pondering over how much I sucked.

This little ritual of sel​f-loathing lasted for about 5 days.

One day, upon coming home, I turned on the TV and who was on?

Yep, you guessed it. Tony Robbins.

I'd landed right on his Personal Power infomercial.

After watching for 10 minutes, I thought to myself: "What the hell..."

I called the 1-800 number and ordered my set of CDs. They arrived two days later.

While I ran every day, I listened to the CDs. When I got home, I did the exercises.

I did this religiously, following the instructions set forth by Tony.​

​As fate would have it, my job moved me to Denver two weeks later. And I discovered that Tony would be running a UPW in Denver the following month.

OMG! Coincidence? I think not...

UPW was among the most amazing four days I'd ever experienced in my life. It changed everything, from my body to my mind, through my emotions.

I got over my ex on the very first day on UPW. Life was bigger. I was bigger.

But what most amazed me was Tony's intervention acrobatics. He possessed unbelievable skill. No matter what problem participants brought to him, he found a way to help them access resources and turn themselves around.

I wanted more. I needed more.

I immediately enrolled in his Mastery University program, which began the following month in Hawaii.

I went through the entire program within 8 months. Once I finished, I had to know more! I wanted to know where Tony had acquired all those skills.

That's when NLP knocked at my door.​

In 2001, I went through Practitioner training with Master Trainer Rex Sikes. Certification didn't matter all that much to me. I wanted skills. I hungered for them.

And boy, did Rex deliver...

Above the world-class training itself, Rex demonstrated an astonishing array of skills himself, on a completely different level than Tony's.

Rex had so finely developed his skills that he could read our minds. At least, that's what it looked like to us students. Rex just called it calibration.

He distorted time, worked trance subtly into his teaching, made us laugh, provoked and teased us, and brought all the students together as a group.

But above all, Rex instilled in me the need to make NLP work in the real world. Not in the seminar room and not just in coaching situations. He offered me a tool (or a toy) I could bring to every interaction with any being - even animals!​

I committed to learning and mastering the art of NLP in the real world, through practice, diligent study and experimentation.

So what did I do when the cop reached the window of my car?

As soon as he said: “Good evening…” I looked back in his eyes and said with the biggest smile in the world:

Immediately, you could see his eyes start spinning as his brain went into massive confusion. (In NLP, we call this a pattern interrupt.)

I replied: “Officer, I’m totally wrong about what I’m doing and I know everybody gives you such a hard time about what you do. You’re so right. Thank you for making sure Wisconsin roads are safe. I absolutely deserve this ticket. Please give it to me.”

Now, he was really confused.

I said: “Sir, I’m going through a personal excellence course right now that’s helping me discover incredible qualities in myself that I didn’t know about before. And I guess that’s why I’m a little overexcited about my driving. But that’s no excuse. I am compromising the safety here. Please write me up.”

He looked at me. He probably didn't know what to make of this lunatic.

Finally, he said: “You know what… I’ll just let you go with a warning. But be a little more careful.”

I said: “You bet, officer. Thank you so much and have a good night!”

That night, everything changed for me.

I'd emerged victorious in a violence-free duel with an armed authority using language. It was as close to Obi-Wan Kenobi's stormtrooper mind trick that I could have done.

Let me make something clear here: I'm not proud of speeding, I don't recommend it and I don't think people should get pissed at cops for doing their jobs in monitoring speed limits.

The victory I'm talking about has nothing to do with getting away with doing something stupid or irresponsible. It has to do with finally being able to manage emotions in a moment of pressure, being able to think creatively and to dance with life instead feeling afraid of it.

From that point forward, I decided I would train my NLP skills in the real world, not the seminar room. There's plenty of NLP literature out there. I didn't need more content. I needed practice. Lots of it. In real situations.

​I later heard Tony Robbins describe in an interview how he quickly developed his intervention skills by taking them out in the real world and practicing massively.

I then knew beyond the shadow of a doubt that I was on the right track.

Over the course of the following 5 years, I leaned up by 30 lbs, published a book, spoke in front of thousands, got married, had two children, put them in the best school of the city I live in, started a chain of bakeries, became a music producer and transformed every aspect of my life that didn't match my expectations.

NLP gave me a framework to craft my thinking, my emotions, my behavior and my communication to produce results.

I had a way to poke life consistently.​

Now I had what it took to produce the results I desired and shape the quality of life I imagined for myself and my family.​

Once I acquired that mindset, I needed to build my skillset to become effective.

Let ​me show you what I did.