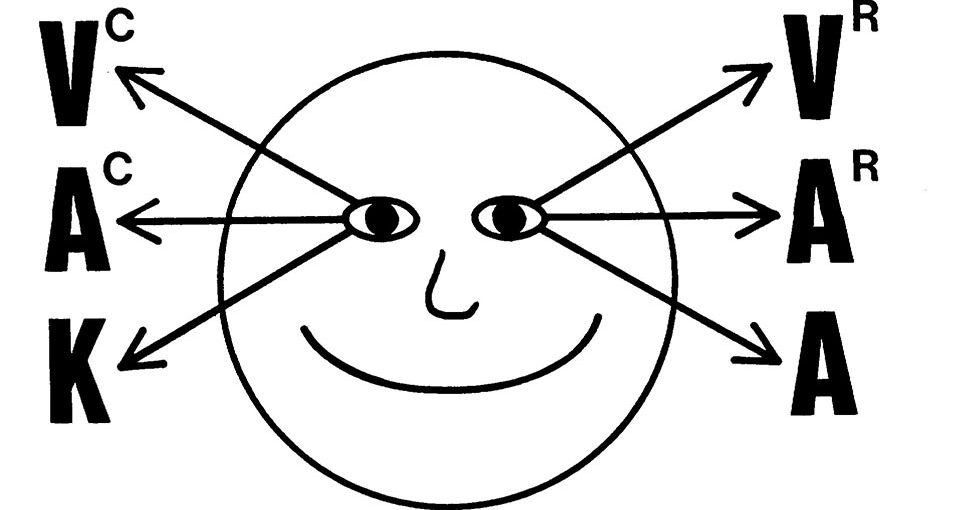 What Are Accessing Cues?

When people are thinking, they demonstrate light and subtle behaviors that help them engage the appropriate sensory representational system. For example, moving their eyes, changing their vocal intonation, physical position, breathing and gestures.

Why is that useful to you (and any other NLP-trained person)?

Stop for a second a consider any interaction you may have had with people. Can you remember anyone ever:

In and of themselves, these behaviors might have no meaning whatsoever. But by calibrating, you can uncover what mental processes are associated with any or all of them for a particular individual.

These physiological changes associated to mental processes, over time, become automated, predictable patterns, outside of conscious awareness. While Richard Bandler and John Grinder uncovered these patterns during the 1970’s, the AQAL model Ken Wilber presented in his masterpiece “Sex, Ecology, Spirituality” clearly accounts for the direct and simultaneous correlation between physical and mental processes.

As you practice NLP, you will learn to decode and interpret these automatic behaviors by using calibration. This will allow you to influence others’ thought patterns. What follows is a list of patterns coded in NLP that you can use as a learning structure:

1. Kinesthetic mode accessing cues: Head and eyes down, gestures in direction of the body, breathing down in the abdomen, slower speech tempo, deeper voice.

3. Visual mode accessing cues: Head and eyes up, gestures above the shoulders or upward, breathing up in the lungs, eyes semi-closed, high-pitched voice and higher-speeed speech tempo.

Get together with a practice buddy and follow these instructions. Then, ask your buddy to tell you what happened at each step.

Ask your buddy to take note of what happens to your gestures, posture, breathing, facial expression and tone of voice.

Then, switch roles! Your partner goes through the instructions and you observe and report.