How NASA Got Played By Space 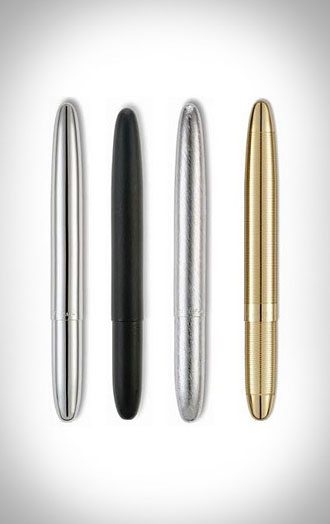 If you have ever visited the Smithsonian Air and Space Museum in Washington DC, you’ve probably seen and played with the famous NASA space pen.

But do you know how these guys came about?

Back in the early 1960’s, NASA was ramping up its manned missions to space.

More and more people were going up to space.

Very quickly, a hairy little problem came up: people were trying to write in space, but the zero-gravity environment prevented the ink from reaching the ball of their pens.

So NASA embarked on a quest to invent and create a pen that would function normally, even in a zero-gravity environment.

After years of research and millions of dollars invested, they finally were able to produce the famous NASA space pen and, at last, astronauts were able to write normally in space.

The United States Space Agency was now years ahead of the Soviet Union’s in its ability to record its experiences beyond the stratosphere.

The Russians just went straight for it and used a pencil.

Likewise, we often waste enormous amounts of time when trying to get an outcome we want.

Instead of focusing on what really matters, we keep circling around and around. We just deviate from the right course.

What if you went straight for it?

What if you eliminated parasitic movement from your process of achievement?

What if you understood goal setting and productivity differently?

I’m currently working on a short, fluff-free course on how to do precisely that. It’s actually a strategy I’ve been modeling for a few months after observing this pattern in several places.

I call it the Straight Line Results System.

I’ll mention it a few times here, before it’s ready.

If you want to be notified when it’s available, make sure you sign up here:

After you sign up, you’ll get a link to a pretty cool and hilarious video on how to happily achieve. Don’t miss it!

PS: Actually, the story of the NASA space pen is a great tale, but it’s an urban legend. To read the real story of the space pen, check out Wikipedia.